A short history of Séraphine de Senlis and the film Séraphine directed by Martin Provost with Yolande Moreau in the title role.
5
4
46 visits

Séraphine is a 2008 French-Belgian film directed by Martin Provost and written by Marc Abdelnour and Provost. It stars Yolande Moreau as the French painter Séraphine Louis and Ulrich Tukur as Wilhelm Uhde. It won the 2009 César Award for Best Film.

The film is about the life of a middle-aged housekeeper, Séraphine Louis, and starts off in the darkness of early morning with her, barefoot in the water of a local stream collecting plants and materials, by lamplight, to make her pigments.  Séraphine's great pastime is painting.  With little money she collects what ingredients nature has to offer.  Séraphine's parents died when she was young and she was raised by nuns.  Religious thoughts, attending morning mass and the occasional company of the nuns were a source of great comfort for her.  As a young girl she had been a shepherdess and would have spent much of her days wandering in the fields with the sheep. Later as a housekeeper she would spend time outside washing linen in the river as was the common practice.  Her love for the beauty of the outdoors and the fine details of nature is reflected in her paintings. Untaught, her paintings have an naive style.

The art critic Uhde sees Séraphine's work at the house where she works as a housekeeper.  He takes an interest in her paintings and helps by promoting her through exhibitions.  Eventually her works find a market and she becomes wealthy enough to buy her own house and even to entertain the possibility of getting married.  Uhde must leave at the outbreak of WW1.   The market fails with the Great Depression of the 1930's and Séraphine has a mental breakdown.

She, at one point, disturbs the town by wandering about in a wedding dress.  She is committed to a lunatic asylum and died in 1942. Her art is now famous .

This is a beautiful period film.  I have watched it several times.  Yolande Moreau plays a very convincing Séraphine with all the facial and body nuances that bring the part to life.  The film not only tells us about  Séraphine but also gives us a window on how daily life was conducted at that time, a time without many of the household conveniences that we take for granted today. 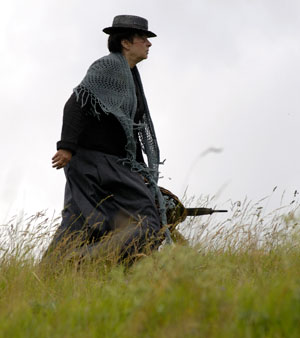 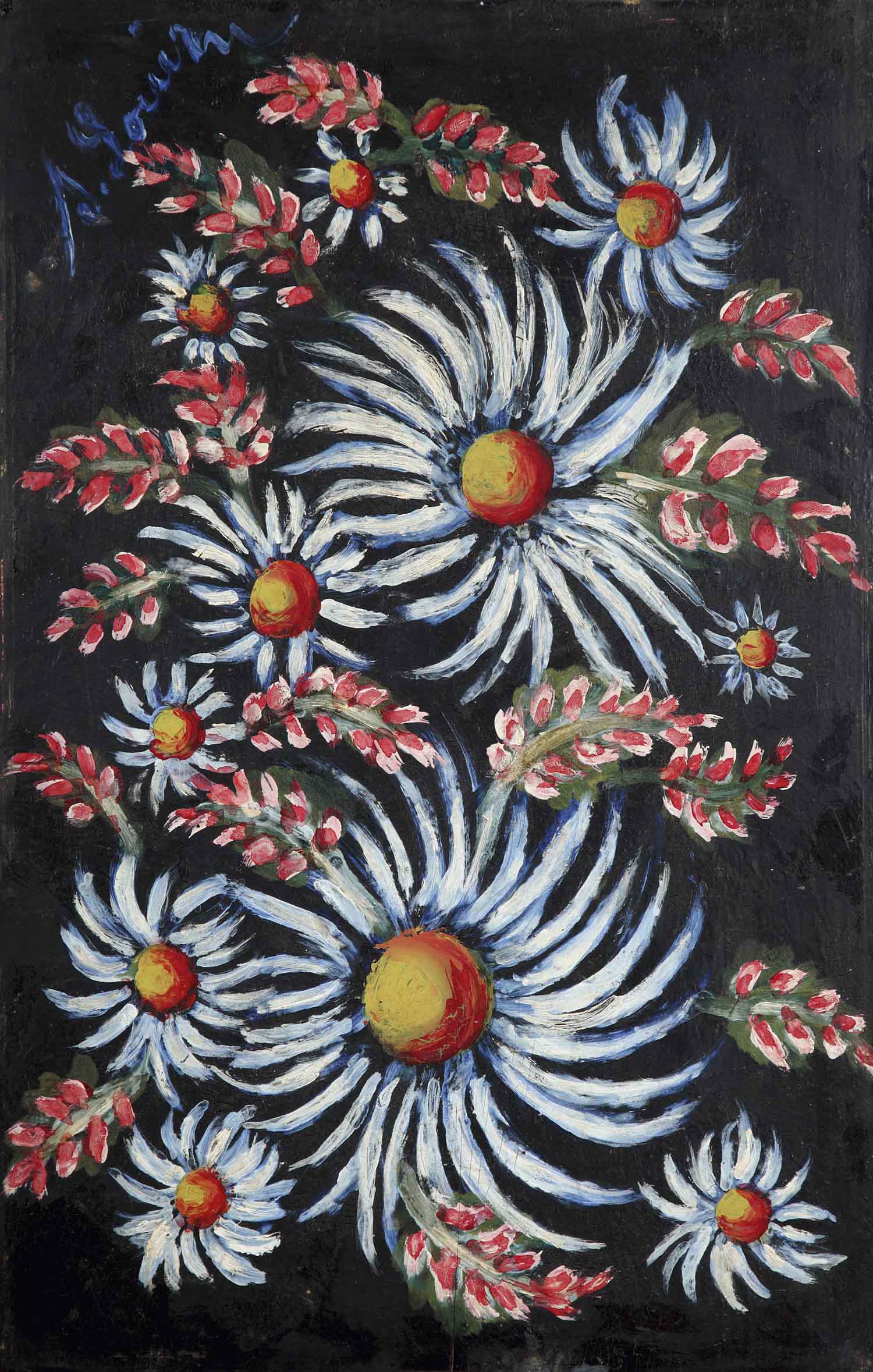 In the film, this is one of the paintings that Séraphine brings to the door of her home building to sell to Uhde who is waiting in the street.

A drawing of Yolande Moreau by my good friend, the famous Paris artist and illustrator, Antoinette Fleur. 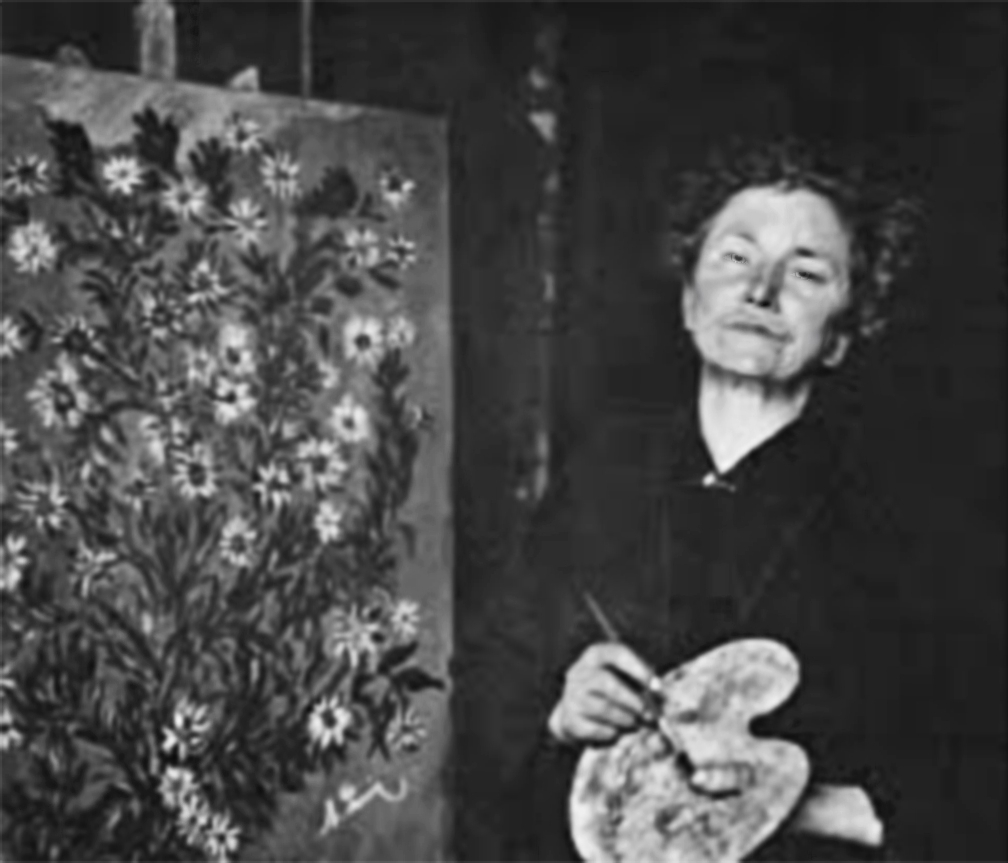 Séraphine, a soul, still very much alive, perhaps sitting under a tree somewhere in France. 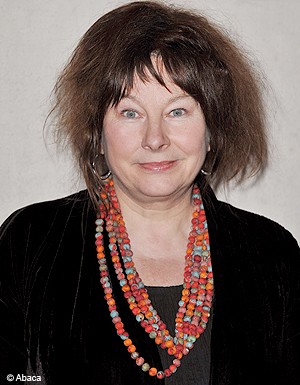 Although painted in a naive style the repetition, vivid colours and balance combine to catch the eye in this attractive painting. 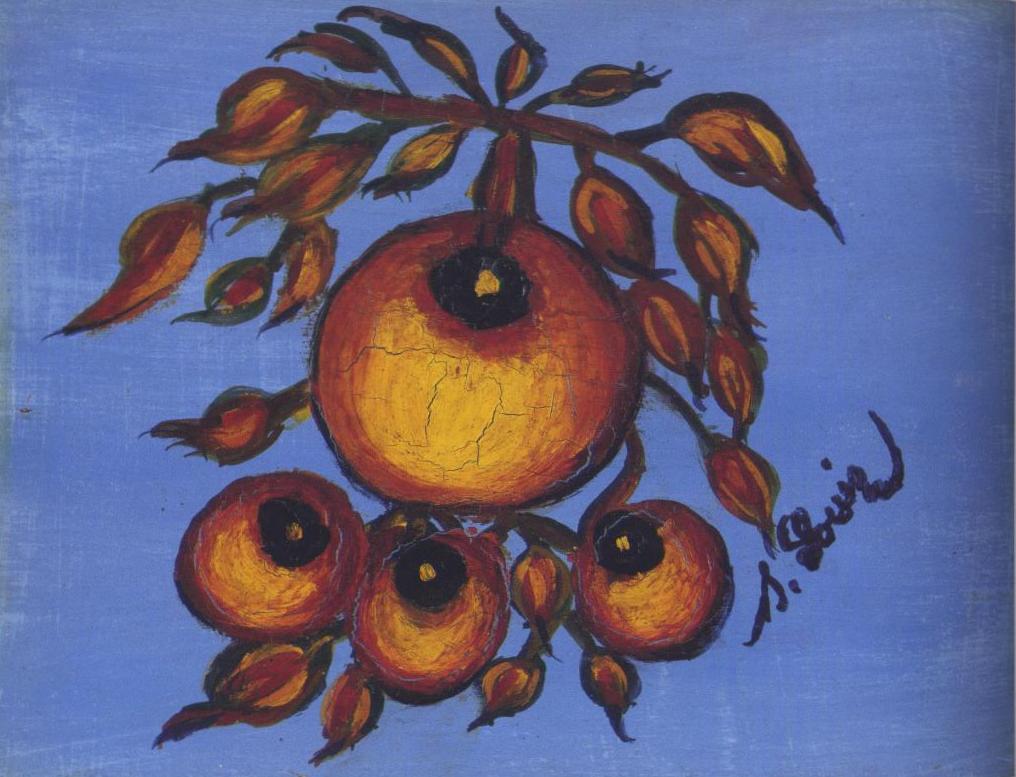 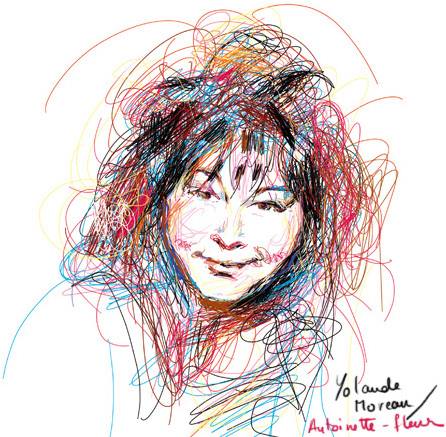 I have slightly enhanced this old photo to remove some photographic artifacts, to improve the contrast and vibrance.  Hope I have the approval of the artist. 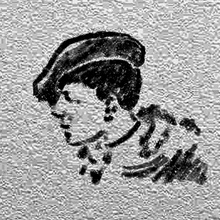 Tim Bear
over 7 years ago 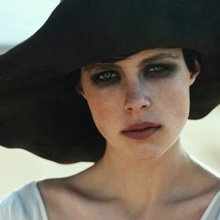 Cathy
over 7 years ago

Tim Bear
over 7 years ago

Cathy
over 7 years ago
(0 votes)
Your rating 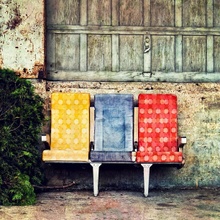