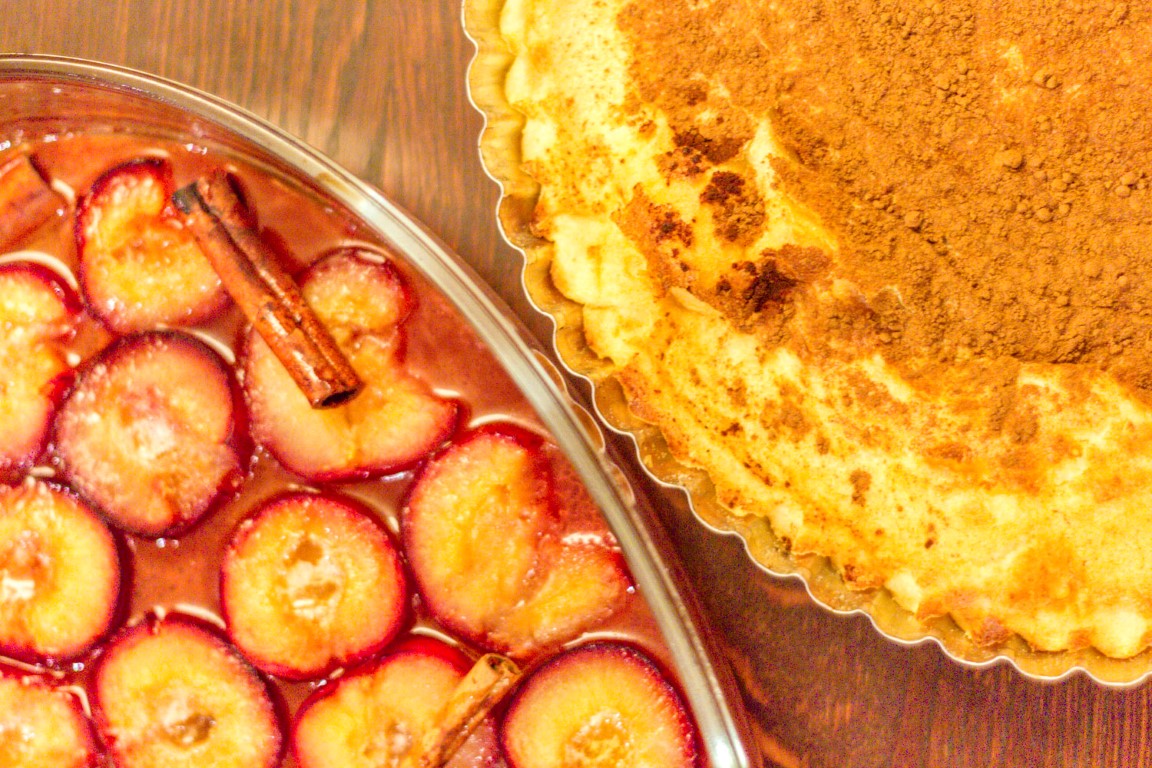 You cannot get any more Southern Portugal than this!

Sericaia recipe, also known to the world as Portuguese Egg Pudding, is a staple of the southern Portuguese dessert selection at sunday lunches and birthday parties. I love it how a simple, easy to make cake, can be treated with so much respect to the point of not being available for over the counter purchases at the local patisserie or café.

This happens, mainly because you have to eat it on the day that you bake it! Simple as that! because it has no unnatural ingredients, its fluffiness and moisture tend to vanish from one day the other, so you are better off making pancakes, than eating day old Sericaia. The best thing about it is that, if you go to 10 different restaurants in the Alentejo, you will get a fairly uniform colour, flavour and fluffiness range of Sericaia, but you will get 10 different plums syrups and jams to go with it.

Each one make according to that families grandma recipe. And this is why I love Portugal! The original recipe is taken from my long time companion and Portuguese food culture Bible ” Cozinha Tradicional Portuguesa”, by Maria de Lourdes Modesto . Although very old fashioned when compared to today’s modern cuisine, it still holds a nostalgic way of presenting and cooking food, much like the one I grew up in at my grandparent’s farm.

Even though the sericaia recipe calls for lemon zest, I find it more exciting to use lime juice (not a lot) for an extra kick and tanginess to the cake mixture and the plum syrup. Hope you enjoy it !

Break open the vanilla pod and with a sharp knife scrape off all the vanilla seeds. Save the seeds to be mixed with the egg yolks.

Slowly heat the milk, cinnamon stick and vanilla pod in small skillet until it is starting to come to the boil, stirring occasionally so the flavours have have have time to infuse the milk.

Whip the egg whites manually until the fluffy but not too stiff and set aside. In a large bowl, whip the egg yolks, sugar and the scraped vanilla seeds until creamy.

Add the flour and lime juice until thick and well combined. Strain the hot infused milk over the mixture and continue to whisk until smooth and creamy.

Fold in the fluffy egg whites, gently working and folding with a whisk until they are completely incorporated! Be very gentle not to remove the air from the mixture or you will flatten it, and the end result will be like a pancake!

Pour into your dish and sprinkle the top generously in a even layer with cinnamon.

Bake for 20-25 minutes until the top is well puffed and firm, even cracked in a couple of places. Leave to cool and settle, then carefully cut into wedges strait from the dish. Eat on the same day! 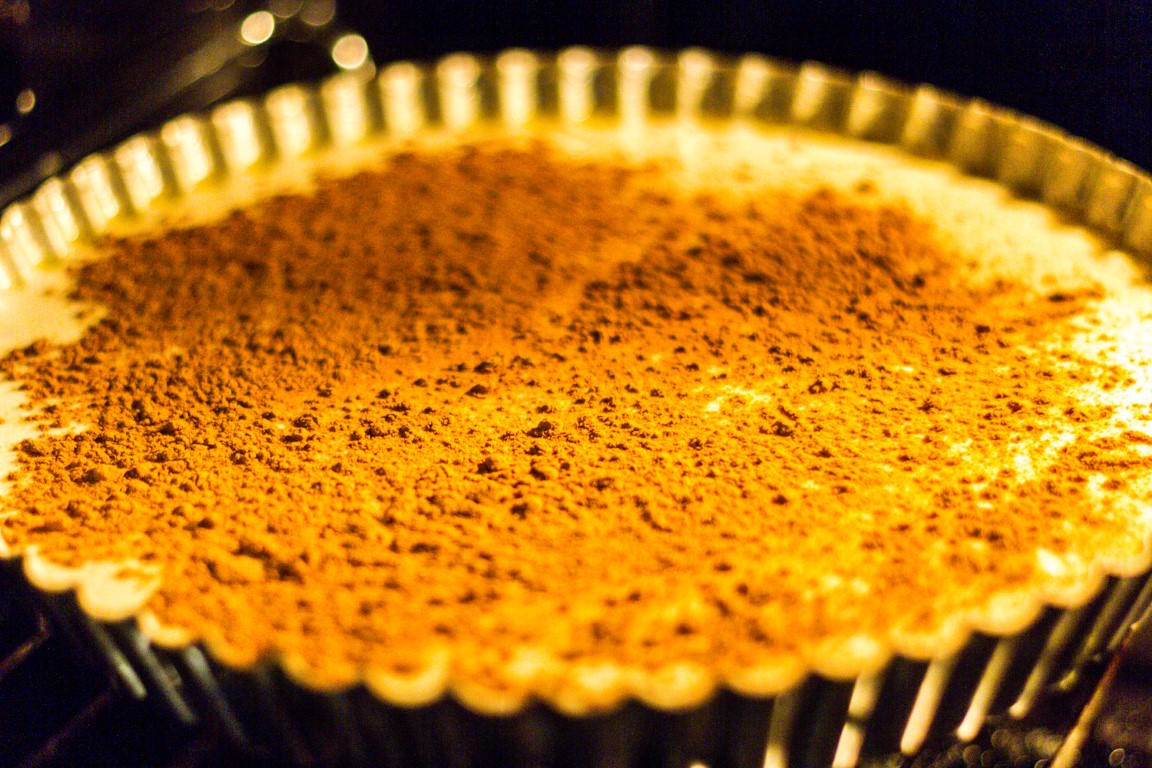 Sprinkle the top generously in a even layer with cinnamon

Halve the red plums and take out the stones. Put them, cut side up, in a single layer in a baking dish where they fit snugly, but too crowded.

Sprinkle with sugar and drizzle with the honey, port, lime juice and 3 tablespoons of water. 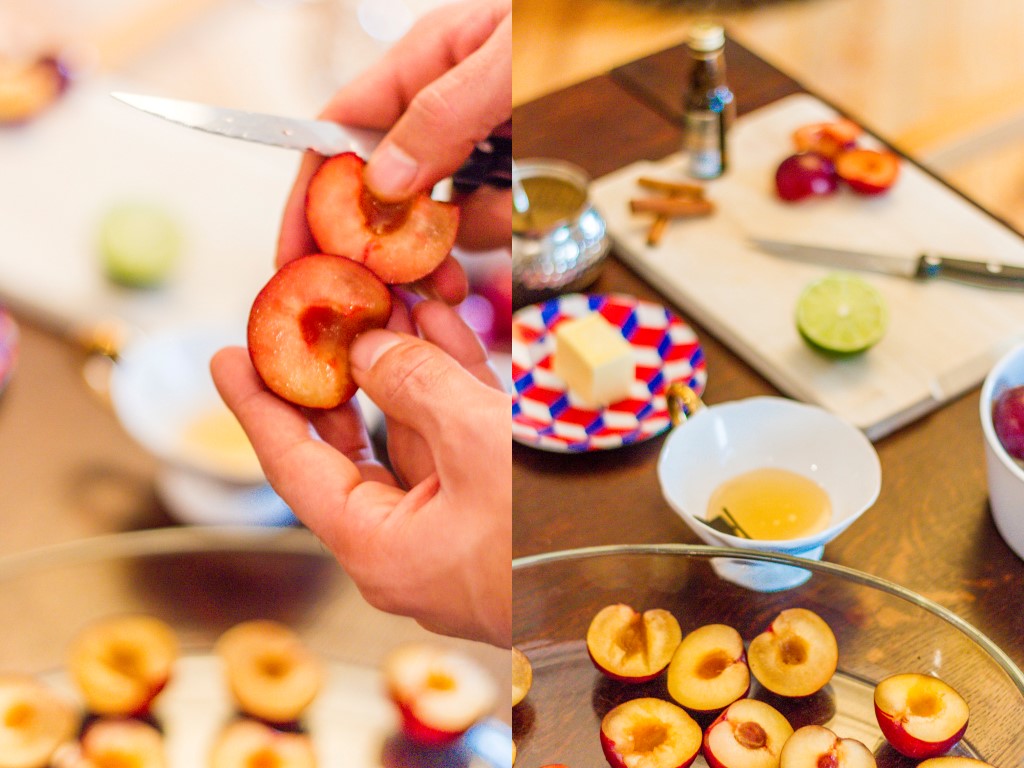 Dot a blob of butter over each plum.

Bake the plums, uncovered for 15-2o minutes, until they are nicely roasted but not falling apart. You can poke them with a fork to test the texture. The juice should have collected around them and still be bubbling up. Serve hot or at room temperature with a wedge of sericaia. 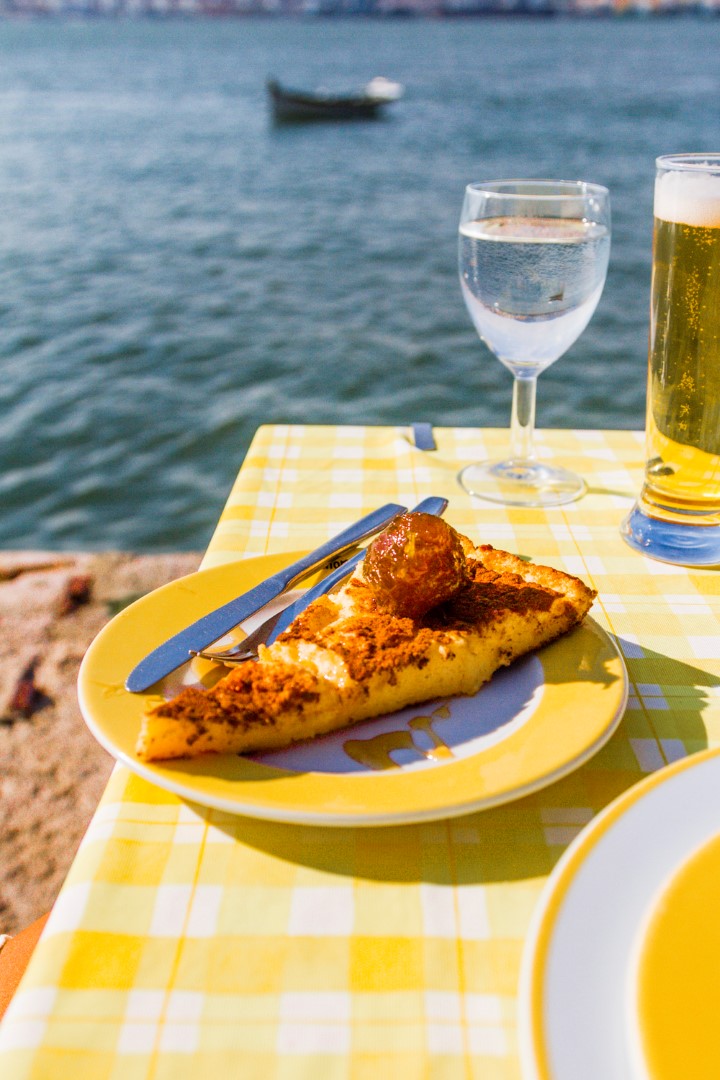 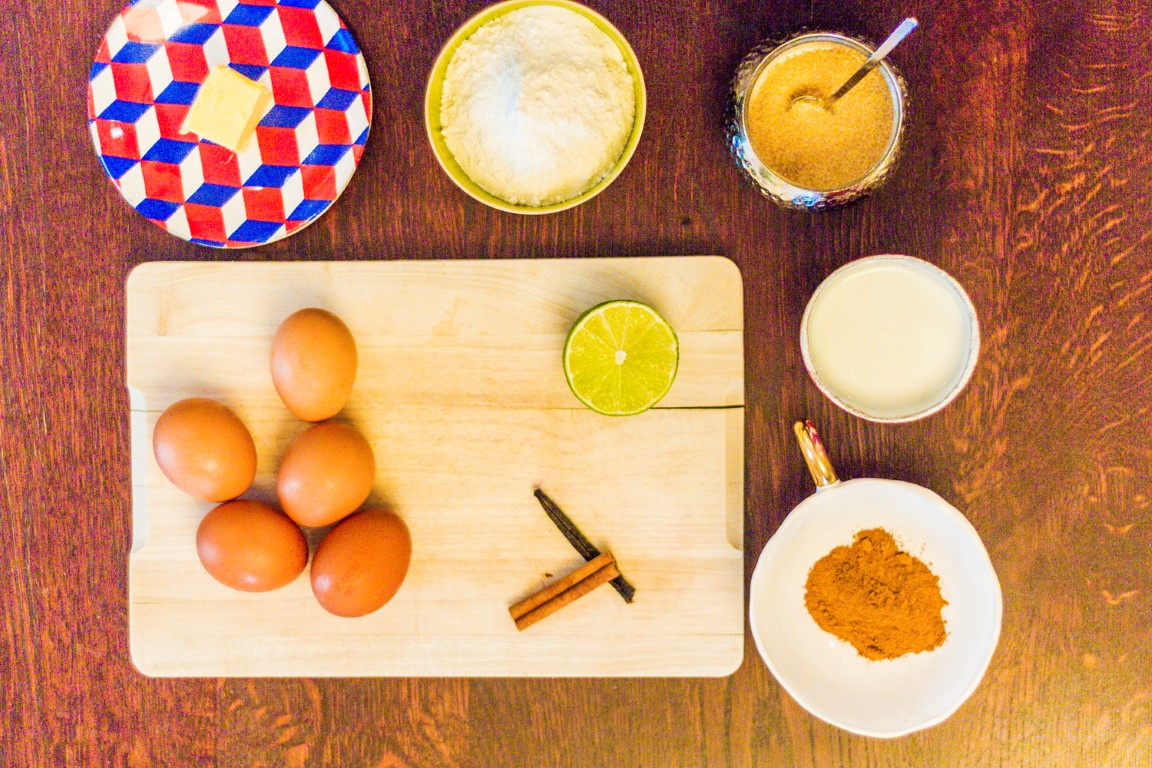 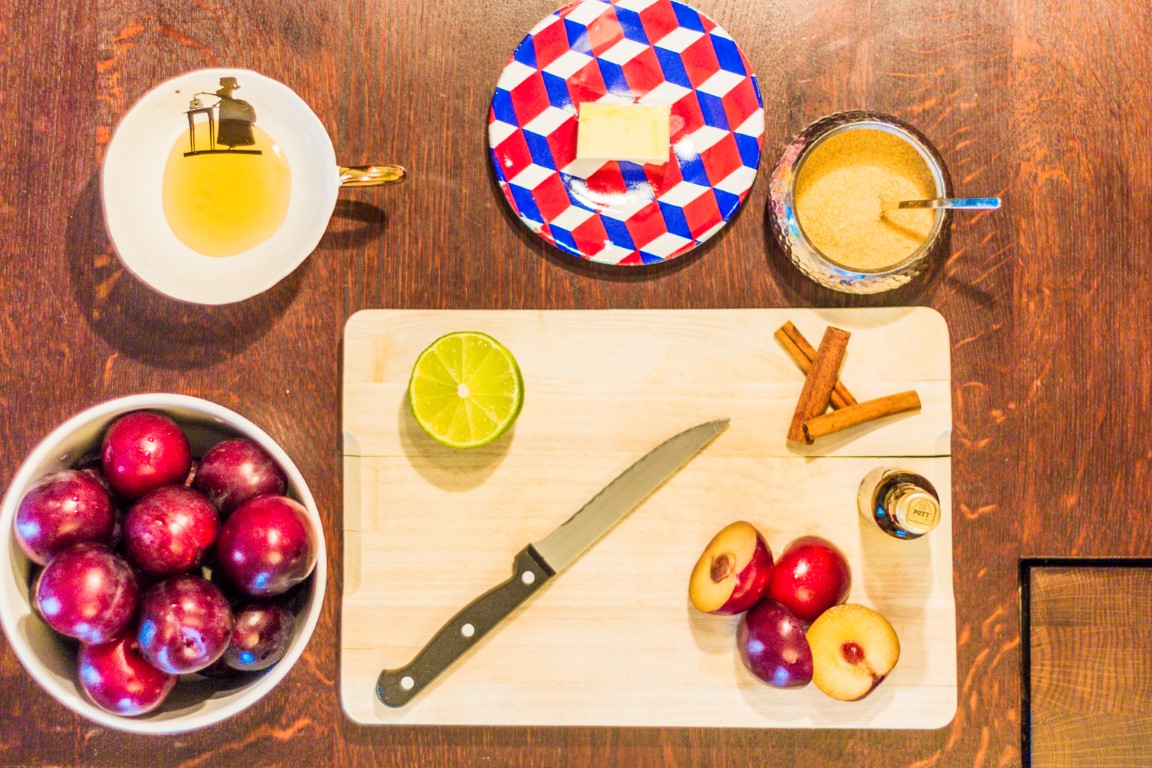 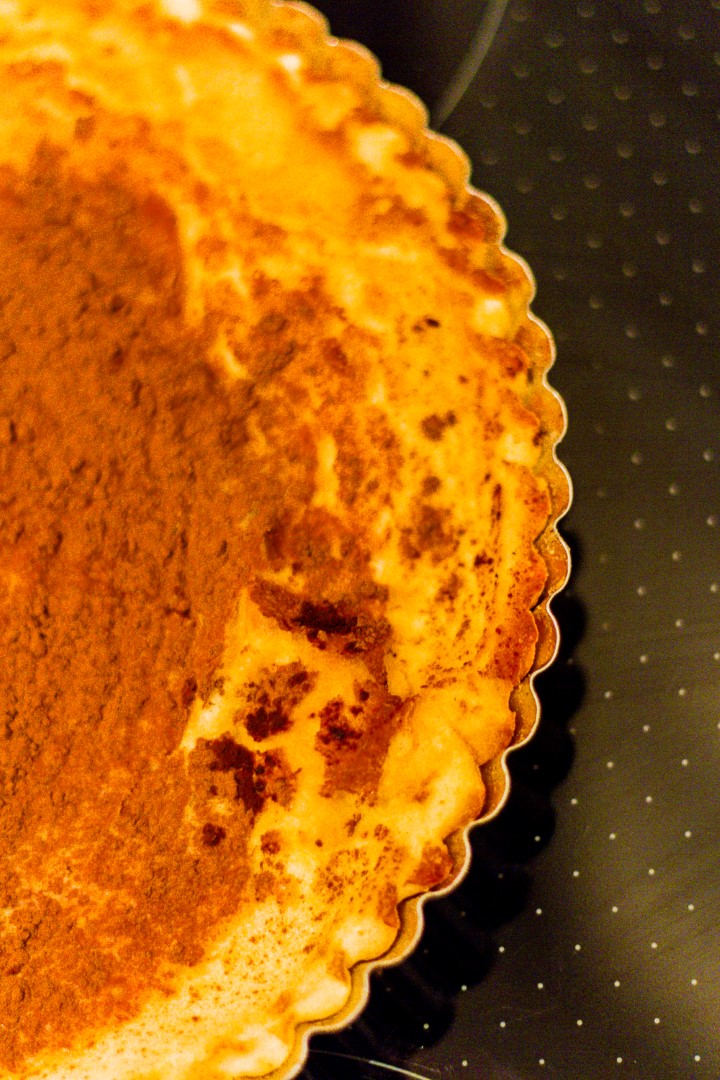 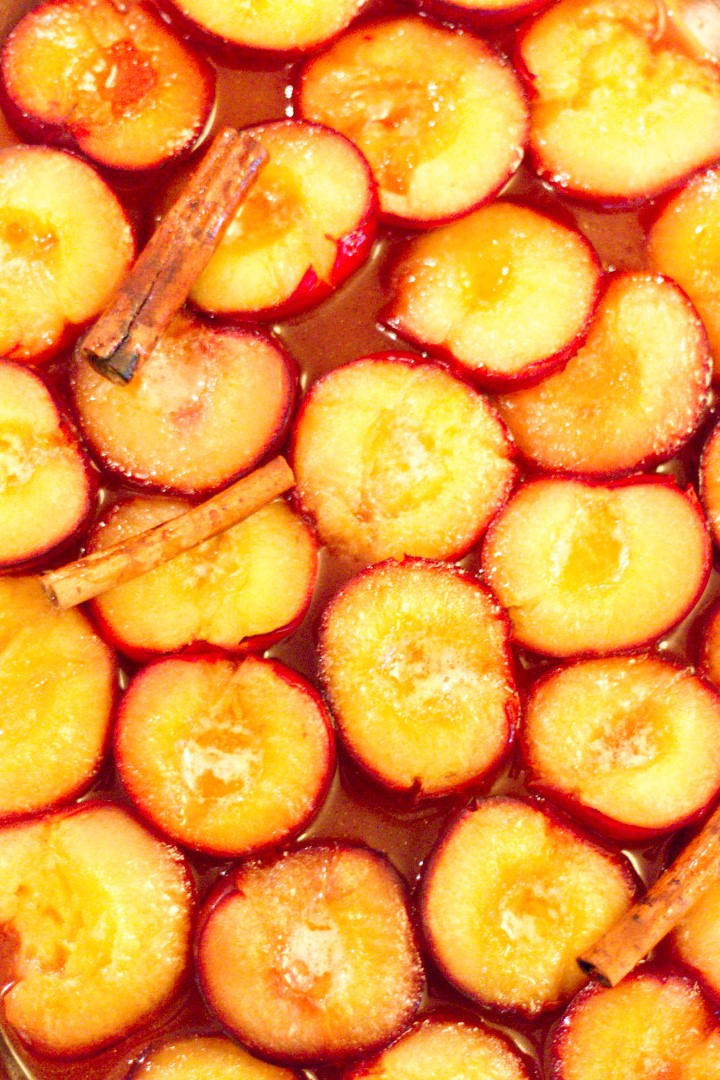 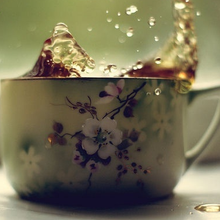 Pauline
about 7 years ago
(2 votes)
Your rating 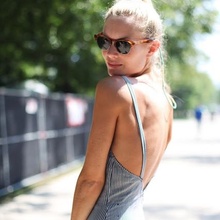 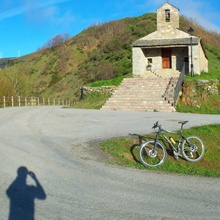 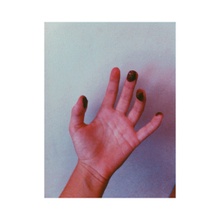